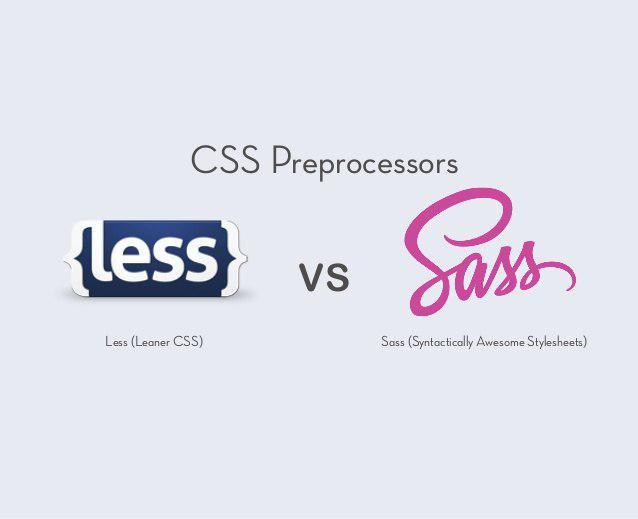 Writing CSS can become quite repetitive and small tasks such as having to search for hexadecimal color values, closing tags can become time consuming. The CSS preprocessor is basically a scripting language that extends CSS and then compiles it into regular CSS.

Advantages of using a preprocessor

Sass and Less are very powerful CSS extensions. You can think of them as a programming language designed to make CSS more maintainable, thematic, and extensible. Both Sass and Less are compatible with feedback, so you can easily convert existing CSS files simply by renaming.

Sass was originally written in Ruby in 2006. The new syntax - SCSS - uses block formatting like regular CSS. It uses braces to separate blocks of code and semicolons to separate rules within a block. Currently, it is better to use the new scss syntax.

Less was also originally written in Ruby, but in later versions the use of this language is obsolete and replaced by JavaScript. It was released in 2009. Less allows you to compile in real time by enabling less.js to your HTML file without using any external tool. But it is recommended to use it only during development, because in production it can slow down the rendering of the website.

Both have more or less similar functionality. The syntax is basically the same, one main difference is to define variables, Less uses @, and Sass uses $.