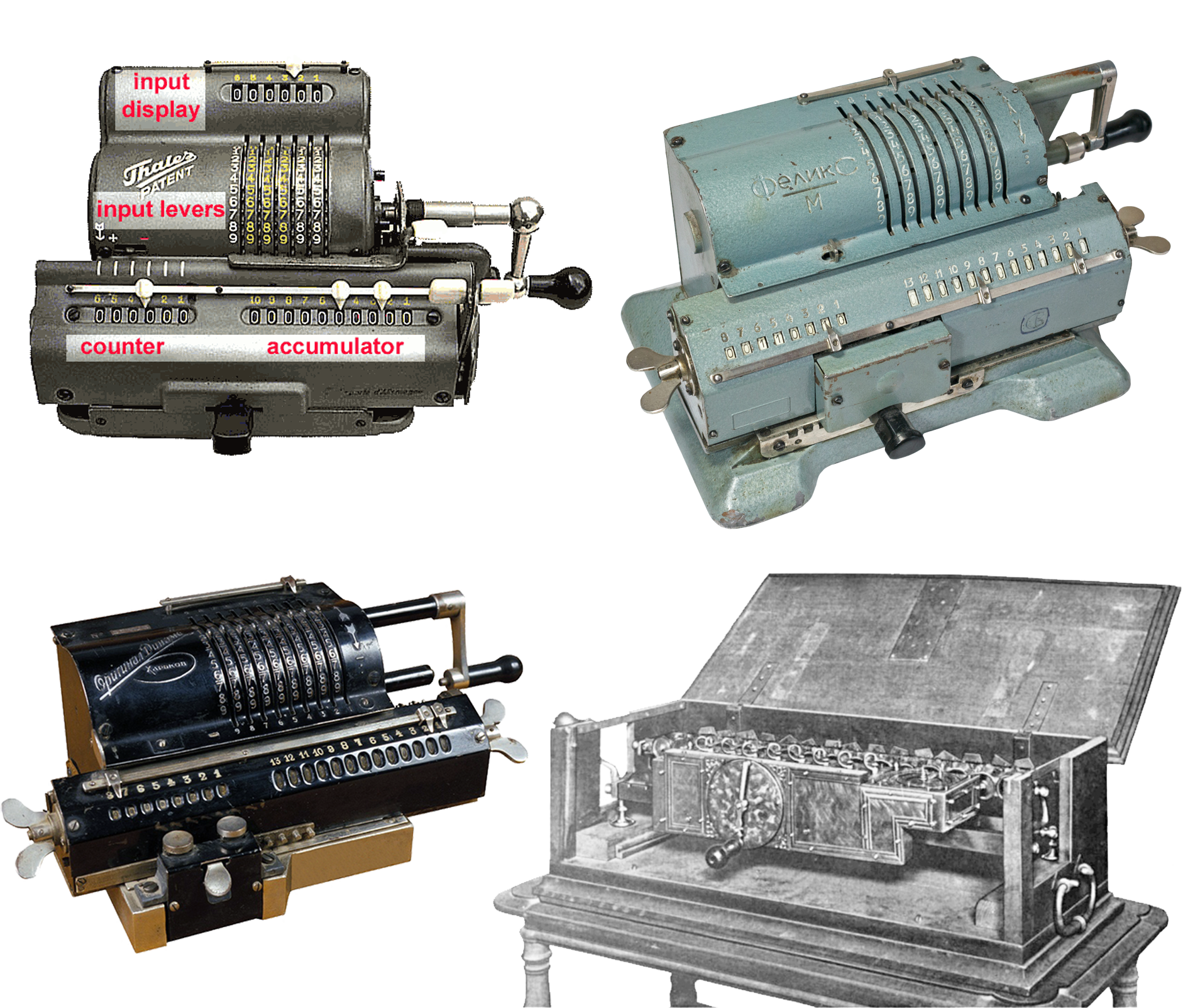 How to start computer science

"Arithmetic" - computer technology, a number of which was released in the 17th century. In adding machines with the help of handle rotation was set in motion various gears and shafts, and the initial number was set by composing rotations of the wheels, resulting in a special wheel with numbers was acquired provisions corresponding to the execution result of one of the simplest of arithmetic operations - addition and subtraction. More advanced models of adding machines also performed multiplication and division.

Outstanding scientists of the 17th century B. Pascal, and G. Leibniz was one of the founders of the adding machines. These scientists have expressed a number of interesting ideas concerning the role of computer technology, despite the scarcity of computer capabilities of the time.

The scientist Leibniz described machines that would work not only with a group of numbers, but also with groups of symbols depicting formulas, texts and more.

According to Leibniz, these machines would have to perform logical actions, such as derivation of formulas and texts, as well as perform arithmetic operations correctly. Leibniz was not supported by his contemporaries and even considered his ideas absurd. John. Shift the great English satirist ridiculed the views of Leibniz in his famous novel “Gulliver's Travels” in the 18th century. It was only in the 20th century that the significance of this idea became clear.

The search for new computing automation tools continued. In the XIX century, the English mathematician Charles Babbage, was a table for navigation, he created a project of a computer, he called the “computer”, which was based on the principle of having great importance for modern computer technology - the principle of software control of the computer. Babbage's innovative thought was picked up and developed by his pupil Ada Lovelace, daughter of the poet J. Byron's.

This idea was ahead of the technical capabilities of its century and therefore its practical implementation was impossible.

Until the 40s of the 20th century, computer technology was very imperfect. Electric adding machines and large machine based on electromagnetic relays, was spent on multiplication of numbers in a few seconds. The calculations in the ship-carrying sphere required months and even years of work of many bureaus.

In the 40s of the 20th century there was a breakthrough in computer technology. Cars which used electronic items instead of wheels, rollers, electromagnetic relay. These elements originally served as a radio tube. The transition from Electromechanical to electronic elements immediately increased the speed of computer technology hundreds of times.

The first operating electronic computing machine (computer) was the machine ENIAC, made in the United States at the end of 1945. The authors of the project were J. Eckert and George. Have mously.

In 1951 in the USSR the computer MESM under the leadership of academician S. A. Lebedev was created. Subsequently, electronic computers began to produce in many countries.

At that time, it made it possible to widely use these machines in science, planning, design, management, reference services, records management, training and so on - here you can list many areas of scientific and practical human activity.

By the 90s, computers all over the world began to be called computers (from the English word computer). In the USSR adopted this term, but along with it quite often used the former name of the computer (electronic computer).

Despite the fact that the name “computer” as it implies that the machine in question is designed to perform purely computational work, in fact, the possibility of computers of the time (1990) is much wider: they could perform graphic work, various text transformations and much more. This, in particular, confirms the validity of Leibniz's ideas expressed by him about 300 years ago.