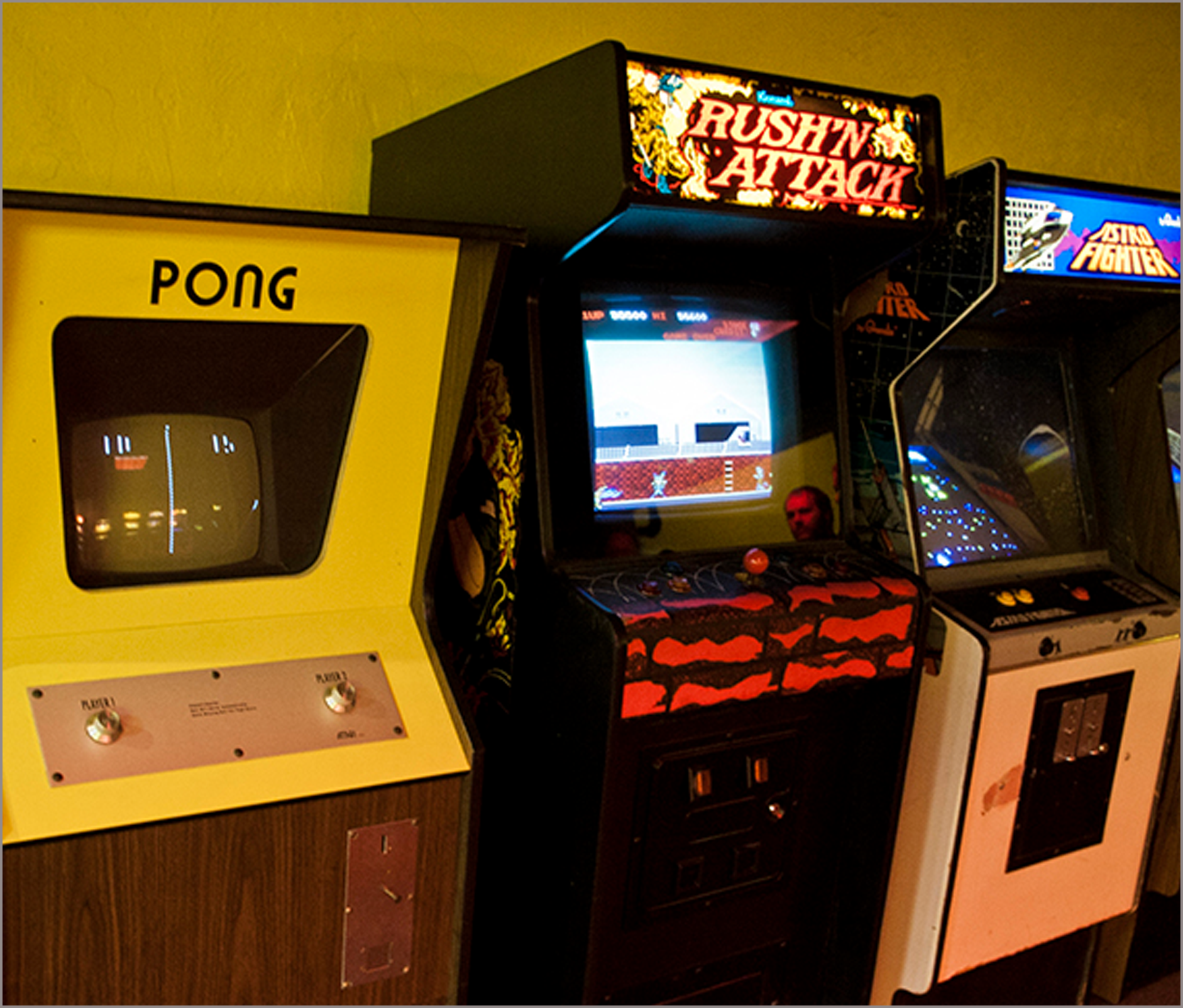 Today we will focus on unusual people, “dreamers”, “rebels” and “geeks” - the creators of computer games. About how for two decades there is a fierce competitive war, litigation and all this in order to become a “guiding star” in the field of a new world industry - the creation of computer games.

This industry brings more profit than Hollywood and will soon take away the status of the most profitable entertainment business from the music industry.

It all started in 1972, when a group of rebels from "Silicon valley" decided to give up their mundane work of engineers in order to realize their dreams into reality.

Their ideological inspiration was 28-year-old Noland Bushnell, who was able to somehow incredibly open a business with only 500 dollars of initial capital. Bushnell called his company “Atari” - with Japanese warning before you're going to capture the enemy group.

Despite the fact that Bushnell did not have enough funds, he went to hire the first developer for his company. Bushnell offered the new developer a stake in the company and a thousand dollars a month. At that time there was a war in Vietnam, it was difficult to earn, which forced to agree to any conditions. In a small company “Atari” there were three young people and they had no support at all. They created the first computer game called “Pong”.

“Pong” was a trial project for young people. First, the bits in this game were taught to move, then the ball to fly, then a function was added that determined the angle of the ball bounce. The game was incredibly exciting. To understand whether this game will be sold and whether it is necessary in General to the inhabitant Bushnell and Elkorn collected and installed “Pong” in a local tavern.

Soon after the installation of the slot machine, a crowd of onlookers gathered to watch how the game is played. The next day Bushnell was called and told that the device broke, but it turned out that the slot machine was filled with coins. Here young people understood that it is success and decided to start production. They recruited workers from the street and opened the plant, a month and a half later the plant produced 100 slot machines a day. About the game “Pong” became known and only for the United States produced more than 10 000 devices. Then the company “Atari” earned its first million and success came to them. But it was necessary to move and develop further. Young people decided to move the game from slot machines to create a game that could be played at home and came up with a chip. The company Sears for Christmas 1975 was ordered 150 000 game consoles.

The company “Atari” began to develop and create more games bypassing competitors. But then the trial began, it turned out that the games were invented 6 years before the company “Atari”. Ralph Baer, TV designer, nurtured this idea since the early 50s, but it took shape only in 1966. Baer suggested to his superiors many different kinds of games and went to work. He made the first set-top box, which he called his “brown box”. The first game consisted of two pixels that ran after each other on the screen and it was 4 years before Bushnell and Elkorn came up with “Pong”!

The company that took Baer to work, was later released an improved version of the invention “Odyssey”. In “Odyssey” was 12 different games, also the console had joysticks, even Baer came up with the first light gun for shooting games, which was ahead of that time. Ralph Baer patented his invention in January 1968. On the basis of Baer's patent for the Bushnell company, a lawsuit was filed. Atari was forced to pay royalties under Baer's patent and thus an agreement was reached between the parties. Ralph Baer achieved justice, but did not receive international recognition as Bushnell.

The agreement cost Bushnell inexpensive, because the company has already earned millions. But “Atari” was forced with a new problem and it was a popular game from Japan. Japan created the game “Space invaders”, the game was very popular, the country lacked coins of 100 yen. The answer came to Japan almost immediately and it was the space game company “Atari”. Bushnell's team took steps in the new vector graphics. In 1980, The asteroids game released by Atari became the most popular game. For “Asteroids” came the game “combat Group” - it was another success of the company. Galleries of slot machines were made all over the country, adults and teenagers spent all their free time and a considerable amount of money on them.

In 1975 engineers “Atari” began the development of a computerized video system VCS. This console could be played at home in comfort and coziness. Later released versions of VCS. The stunning rise of Atari attracted large shareholders in the market. A large company Warner offered Bushnell to buy “Atari” for 28 million dollars - it was an unthinkable amount despite the fact that initially the capital of the company was only $ 500. For Atari, it was the beginning of the end. Bushnell became the CEO of the company, but soon there were disagreements between him and the Board of the company. This led to the dismissal of Bushnell. He was paid off and the industry lost its “dreamer-pioneer”. After Bushnell's dismissal, three other leading software engineers quit Atari and started a new company.

This is just the beginning of the video game story.